As a college career strategist, Elizabeth Venturini frequently shares this message with her clients: It's never too late to go back to school. Through her Los Angeles-based private practice, College Career Results, Venturini works with students — many of whom are nontraditional students — around the world to find the right school that will lead to a fulfilling career.

To find the proper fit, she says, research is imperative: "If clients are going back to school for a four-year degree, I suggest the student carefully research the school, its programs, its career center and the credentials and company connections of the faculty. All of these items can determine the perceived 'worth' of a degree in a particular industry or job," she says. She adds that there are many good schools offering certificates through their extension programs, allowing nontraditional students to

quickly acquire new skills, training or certification. Those are often offered online or during nights and weekends to accommodate busy schedules.

But as any adult learner will tell you, there are different challenges that come with enrolling later in life. Many have families, jobs and a litany of obligations. Seeking peer groups and learning to find life balance can be enormous challenges. Returning to subjects such as algebra can be a headache.

To help these students prepare for what lies ahead, we spoke with adult learners across the country and asked them to share advice about college for nontraditional students. We asked them, "Looking back, what advice would have helped you when you enrolled as an adult learner?" and here's what they said.

a Phillips had her first child when she was 16, and dropped out of high school in the Bronx. She knew she needed to get out of her hometown, so she got her GED and then enlisted in the Navy, and later, the Army. Throughout her years in service, she married and had two more children. When she left the military, she had a hard time finding a job, and that lit a fire in her to pursue her degree. She enrolled at University of Houston and decided to major in communication-media production. Now, at age 36, she's a senior, and graduation is in sight. She says she's grateful that she waited to go to school because she's gotten more out of it. "It was the best decision that I made," she says. "I was mature enough to focus on my studies and not worry about peer pressure and partying."

Phillips says that one piece of advice she'd like to share with other nontraditional students is this: Get involved. For Phillips, that meant joining the Student Video Network/CoogTV, where she's the production manager. "I know that time is valuable, especially for the nontraditional student. We usually have families and things to deal with other than school, but honestly, getting involved changed my college experience for the better. It helped me focus on my classes, gave me a sense of college pride and helped me feel like I wasn't alone through this whole process. Of course, my family is amazingly supportive, because they see me having a blast while accomplishing a life-long goal."

"[Getting involved] helped me focus on my classes, gave me a sense of college pride and helped me feel like I wasn't alone through this whole process."

Charles Johnston went to college out of state immediately after graduating high school, and says he quickly got wrapped up with the frat party life there. His grades suffered, and after two years, he dropped out and went home to work for his dad. He went on to work a number of jobs, making decent money and scoring promotions along the way. He also got married, and — even watching his wife earn her bachelor's and then her master's — he was starting to think that college wasn't a necessity to be successful, at least for him. That is, until he was laid off the week before his 20th high school reunion.

"Out of a job, rubbing elbows with all my successful high school friends was, well, humbling," he says, thinking back. That inspired him to enroll at his local college, Florida State College at Jacksonville. It hasn't been easy. He got a new job and had to balance that with school and life, while also addressing the GPA he'd messed up when he was 18. But in May, at age 43, he's proud to say that he will graduate with a degree in IT management. "Going back to school is hard," he adds. "The older you are the more difficult late nights get. I wish I had known that being young and selfish had such a cost. I am going to school for IT Management, a field I have been in for many years. I will have the personal satisfaction of completing school for myself rather than someone else. It may not help me in my current role, but it gives me options I would not have without it."

"The older you are, the more difficult late nights get. I wish I had known that being young and selfish had such a cost."

He shares this advice with prospective students. "First, never join a fraternity, at least not your freshman year. Second, be honest with yourself. It is better to admit you are not ready than to fake it and pay the price later. Third, make goals — it is better to have a plan than float through school like a boat without a rudder."

Enrolling at Columbia College in Chicago, Illinois, later in life was more challenging than Shawn Kokoszka expected. At age 38, the journalism major says times — and technology — have changed significantly, and education is drastically different than it was 20 years ago. "I had to ask the 18-year-old student next to me how to tweet," he says.

He found that being in class was mentally exhausting. "People often say 'it's never too late', or 'you can do anything you set your mind to.' This may be true, but what they don't tell you is how hard it will be," he says. "I haven't taken algebra, or thought about it, in 20 years. Like an athlete who has been out of the game for years, I had to recondition my mind. And that has taken more effort than just registering for classes. You may be physically able to pick up where you left off, but your mind may have a much harder time."

"Once I realized I was there to learn, not to fit in, I was able to open myself to all the possibilities going back to school has to offer."

Kokoszka says that it's important to keep in mind your main priority: education. "Once I realized I was there to learn, not to fit in, I was able to open myself to all the possibilities going back to school has to offer," he says. "Including my first tweet." 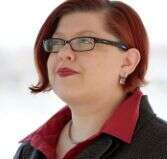 It took Beverly Bambury 11 years to earn her bachelor's in marketing management from Western Governors University, an online university based in Salt Lake City, Utah, where she graduated in March 2015. The 39-year-old is the first person in her family to obtain a four-year degree. She says it took a long time because, well, life happened along the way: a divorce, a move from Florida to Canada, a faltering economy which meant longer hours at work, and the list goes on.

When asked what she would have wanted to know 11 years ago when she was first embarking on her college education, Bambury says this: "The best thing that someone could have shared with me would be that life will always happen, and if you want to get your studies done in a reasonable amount of time, you can't be the kind of person who falls apart when things get stressful. And if you are? You have to learn how NOT to be [that kind of person]," she says.

Bambury says one method that's helped her is breaking down seemingly overwhelming tasks into bite-size pieces and accomplishing them one step at a time. "It sounds counter-intuitive, I realize, but ignoring the big picture often helped me feel less overwhelmed and more productive," she says. Now, as she's facing paying off 11 years of student loans and accrued interest, she's following her own advice and taking it one step at a time.

Obviously each person's educational experience is different — you might be one of many who thought you were done with their college career exactly four years after graduating high school; you may be one of the many who is finally getting that degree later in life … even if it is at age 40 or 50. Regardless, there's no one-size-fits-all education or career path out there, and the important thing to remember is that no matter your age, you have options. And you're not alone!