Home »
Articles »
How much do college students study?

How much do college students study? 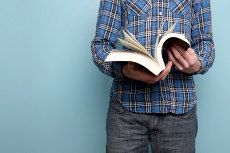 All majors are not created equal.

At least according to a new nationwide poll that found significant gaps in the amount of time students in different majors spend studying each week. Specifically, seniors majoring in engineering said they typically spent 19 hours per week studying; close behind were physical sciences majors, who reported an average of 18 study hours each week. At the other end of the spectrum were business and social sciences majors, who each said they study an average of 14 hours a week.

"Different curriculum requirements may partly explain this gap," the authors of the report wrote. "For example, engineering courses may require more time-consuming activities such as design projects and laboratory work."

Does major make a difference?

The poll, The National Survey of Student Engagement (NSSE), canvassed 416,000 first-year students at 673 colleges and universities to produce a broad-ranging composite of study habits, faculty-student interaction and student sentiments.

"The numbers didn't surprise me. They sort of tracked with what I would have expected," says Dennis Trinkle, the provost and chief academic officer at Harrison College, which participated in the NSSE survey.

But Trinkle sees a flaw in the methodology of the survey. Specifically, he sees a problem with using hours spent studying to compare different disciplines. "Probably what people will look at that disparity and say [is], 'Oh that major is much harder,'" Trinkle explains. "That will be the quick and easy thing, and I think most often that will not be the case."

NSSE researchers acknowledged differences in study time don't owe entirely to the relative difficulty of the major. They asked students about a broad range of activities and obligations outside of their schoolwork, some of which correlated neatly with the hours respondents logged studying.

The NSSE survey adds to a growing body of research that would seem to characterize business as a so-called soft major, according to Stephen Chew, chair of the psychology department at Samford University, who cited other recent studies reporting that "business students find their curriculum less demanding than other majors." Likewise, Chew said that it comes as no surprise to hear that engineering students spend the most time out of class on their studies.

Researchers noted that other, non-academic characteristics, such as students' varying backgrounds and comparative motivation levels, also helped influence the amount of time students spent studying. Additionally, the education and business tracks often attract adult learners, with seniors in these majors reporting the two highest amounts of time spent per week caring for dependents, at seven hours and six hours, respectively.

Trinkle also sees a more fundamental force at work, one rooted in the "cultural expectations" of each discipline. Consider the engineer in the lab, or the mathematics student toiling away at the painstaking work of resolving differential equations. For students in disciplines such as those, the hours spent studying are easy to tally. Less so, perhaps, for the philosophy major whose mind might drift from the table conversation in the dining hall as he begins to formulate the thesis for his term paper.

"Take an English major who might spend exactly the same number of hours spending time thinking about a story as the math major," Trinkle said. "When they go to report their time on task, they're going to report a very different number."

Even accepting that engineering and math programs tend to be more rigidly structured and demanding of students' time, "they're not necessarily more conceptually difficult," he added. "It's not an apples-to-apples comparison."

The authors of the NSSE study also surveyed faculty members about their expectations for how much time students should put towards studying in a week. While their responses generally correlated with what students reported, social sciences was a notable outlier. Faculty respondents, on average, said that they expected around 18 hours of study time per week, while students majoring in those disciplines reported an average of 14 hours.

On the other side, of the engineering students who spent the most time studying (more than 20 hours a week), 22 percent said they often still felt unprepared for class. The authors of the report suggested that this might argue that professors' expectations need to be "recalibrated," while in other disciplines the program of study might become more rigorous.

Teaching students how to study

At a more elemental level, the authors of the NSSE report argue that faculty members could devote more of their energies to teaching college-oriented study skills. For instance, 88 percent of first-year students and 86 percent of seniors said they frequently take notes during class, but only two-thirds said they review them afterward. "Institutions should identify ways to instruct students in an array of effective learning approaches and techniques," the authors wrote.

According to Chew, a cognitive psychologist who produced a series of videos on study skills, many students arrive on campus with an inadequate toolkit of study techniques, and the misguided conviction that what worked in high school will carry them through college. It can also go the other way. "Some students find that they don't have to work as hard as they expected to," said Chew.

According to Chew, first-year students often see themselves as more adept in critical study skillsets than they are. "A lot of the time they're their own worst enemies," he said. "They flounder. They get to college and they don't know how."