Home »
Articles »
Reading between the rankings: How to use college rankings in your search

Reading between the rankings: How to use college rankings in your search 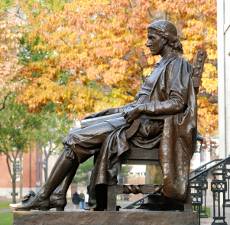 It's the Big Kahuna, the touchstone, the mother of all college-quality rosters. It's U.S. News & World Report's "Best Colleges Rankings" list--and the 2012 version was recently released.

Sure, the publication garners a whirlwind of attention each time the rankings come out, but are the lists of any real use to students and parents who are researching which institutions are best for them?

Deciding on a school: Art or science?

Even the man responsible for compiling the data on the exhaustive yearly listings suggests potential students may want to look at more than just rankings when evaluating schools. Robert J. Morse is the director of data research at U.S. News & World Report, where he tells the world, for example, that Harvard University is the absolute best school in the land--at least for this year.

Morse, who has the matter-of-fact demeanor of a professional statistician, says, "The rankings are important mostly because the colleges think they are." He explains that the lists "should be one tool when determining which schools to apply to." He suggests that students should also take into account many other things, such as college costs, majors available, and even the make-up of the student body. Morse says, "If you were just looking at the rankings you would miss out on things that are very important. Say, if you wanted a preppy school with fraternities and sororities, you wouldn't want to go to Hampshire College, which is much more of a place for free spirits."

The U.S. News list is perhaps not as crucial to students as some might assume, explains Morse. "Prospective students are generally thinking of other things, such as location, cost, sports teams; the rankings are down the list for students, I would say they are probably third or fourth in the list of what an applicant is looking at."

Morse explains that the rankings list, which has been compiled annually since 1987 (there were two earlier versions, in 1983 and 1985) has become more and more influential over the years, as public-school college-counseling budgets have been slashed. "Increasingly, students have to educate themselves about higher education, and our ranking is a quick and easy way to clear through the clutter. It keeps getting bigger every year."

Steve Thomas, Director of Admissions at Colby College in Maine and part of the Unigo Expert Network explains the downside of the lists. "There is a tendency among parents and students to weigh the rankings too heavily, it is a bit lazy to just rely on the listings," he says.

Thomas's advice? "Don't let the ranking do your work for you. Students should ask themselves: 'What kind of education do I want?' Visiting schools is crucial, and will tell a prospective student so much more than a ranking ever could."

As far as how the institutions see the ranking, says Morse, "It varies; there's not one type of universal reaction. Some of the schools are upset that our publication has grown to be such a big factor in application decisions. Some institutions and college presidents have embraced the rankings for their own reasons--fund-raising and advertising--and other institutions ignore them." So, while the weight schools place on these rankings varies, one thing seems certain: the schools accept the fact that students are considering the rankings when choosing a school. Says Morse, "There has been more acceptance recently. People think that our rankings make sense, and we have first-mover advantage."

Looking beyond the rankings

Colby's Steve Thomas partially agrees with Morse, saying, "Of course, everyone wants to be ranked higher than everyone else, but whether one school is incrementally better than another is up for debate." Thomas adds, "When the U.S. News rankings first came out it really changed the game. It turned a college into more of a business. As much as colleges might pooh-pooh the rankings, they are impossible to ignore." Thomas also points out that rankings can do students a disservice. Because subjective information is included in the rankings, even the number one school isn't going to be the right fit for everyone.

On the plus side, says Thomas, "The rankings are nice to look at, and they do take into account a lot of things that are important: resources, things that reflect resources, student-teacher ratio, how many students who enroll actually graduate."

Thomas acknowledges that rankings can be a valuable resource if people look beyond the numbered rankings."Finding a college is all about finding the right fit for you," he explains. "Just because a college is ranked 8, doesn't mean it'll be a better fit than one at 17. However, they do compile interesting and helpful information."