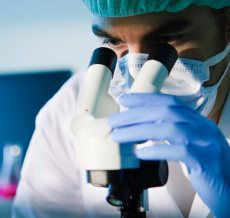 Higher education students have any number of reasons for selecting a course of study. Earning potential, personal interest, a talent for the subject and more all play a role in one's decision on what to study. In a new report, Georgetown University researchers reveal demand for STEM- (science, technology, engineering and math) educated workers will rise much more sharply than in other occupations over the next several years. Furthermore, these workers can look forward to higher salaries and careers that will be closely tied to innovation.

What constitutes a STEM career?

"There is some variation in the way people define STEM," explains Anthony Carnevale, director of Georgetown's Center on Education and the Workforce. "We define STEM principally as people who one thinks of in white lab coats or engineers." That means, significantly, that social scientists such as economists are excluded.

But that still leaves a large and growing field of opportunity for students who are on the fence about what to study in college. STEM opportunities are not just limited to those workers carrying four-year degrees or higher. Far from it. Drawing on a broad array of official labor and education data sets, the Georgetown researchers found ample opportunities for those below the baccalaureate level, with strong demand for workers who have earned STEM certificates, technical degrees and associate degrees.

In that spirit, here are three essential points for students to consider when weighing a major -- and in turn, career in the STEM fields:

We all work for a paycheck, right? It just so happens that workers with a background in the STEM fields can typically expect an extra zero or two tacked onto theirs — even when compared to those with a higher level of education attainment in other fields.

"A stunning thing that we found," Carnevale said, "is that you can have a lower-level STEM degree and make more money than people who don't have STEM training but have higher degrees than you do."

Those imbalances also hold up for STEM certificate holders, who earn on average more than workers with an associate degree in business or a bachelor's degree in education.

"STEM is a line jumper," Carnevale explains. "In almost any career industry you'll make more than other workers who don't have STEM degrees."

A career in demand

The earning potential is there, but are the jobs? Economists regard the elevated salaries as a sign of high demand for STEM workers, one that the Georgetown researchers expect to continue to see over the next several years.

In fact, by 2018, they look for jobs in the STEM fields to increase to 8 million, up from 6.8 million positions today. Of the core STEM jobs Georgetown projects, some 92 percent will require at least some postsecondary education. And while the demand is forecast across the board, the market changes a bit at the very high end of the academic scale.

"Especially at the PhD level--jobs and opportunities in academia--we found there is muted demand," says Nicole Smith, one of the authors of the new report. That glut is particularly true in the life sciences, she explains.

Many opportunities stem from STEM

While the demand for core-STEM occupations is expected to outpace growth in other segments of the economy, the Georgetown researchers insist that that's only part of the story. Demand for workers with STEM knowledge, competencies and interests will undergo a much broader increase.

Knowledge of computers, electronics, production and design, for instance, are traits that can help STEM-educated workers stand out in other sectors. Also prized are STEM-related skill sets such as critical thinking, complex problem solving and programming.

As part of their composite profile, the researchers also looked at the values and interests common to typical STEM workers, finding that they prize independence, achievement and recognition. Additionally, these workers express a strong interest in practical, hands-on occupations and those deemed "investigative," or requiring a great deal of intense thought and problem solving.

The pursuit of careers weighted toward these more satisfying aspects of a job is another critical driver of the diversion away from the core STEM jobs.

"Part of the reason why STEM workers are diverted is that the jobs don't satisfy the array of interests people tend to have in many cases," Carnevale explains.