Home »
Articles »
Three misconceptions about getting into college

Three misconceptions about getting into college 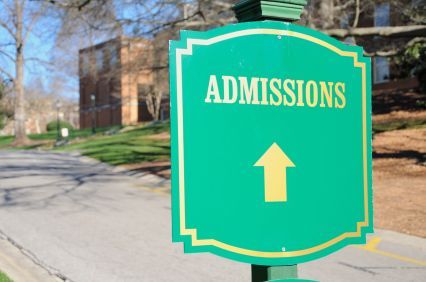 Misconceptions seem to creep into every element of college admissions. From the importance of standardized test scores to the best admission essay tactics, myths float around the whole process. Whereas in some ways college admission is mysterious, in many other ways it's predictable and misconceptions can be easily debunked.

Here are three misconceptions students have about getting into college and why they're off.

According to the New York Times, "There are more than 2,000 four-year colleges and universities in this country, and many of them offer an excellent education and admit the majority of students who apply." The most recent data from the National Association for College Admission Counseling (NACAC) showed an average acceptance rate for four-year institutions in 2011 at 63.8 percent. Several four-year colleges even accept 100 percent of students or over 90 percent.

So unless you haven't completed the standard bare minimum requirements for getting into college (like graduating high school or receiving a GED), the "I can't get in" notion isn't going to fly.

Just because your parents went to the college you're applying to doesn't guarantee your acceptance there.

According to a 2011 study published in Economics of Education Review, summarized by The Chronicle of Higher Education, students who had a parent attend the college they applied to did have a higher chance of getting in. For the study, a Harvard University researcher looked at 30 highly selective colleges and found that students who had at least one parent attended their college (primary legacy) got a 45.1-percentage-point increase in their likelihood of admission.

The numbers don't lie: At some highly selective colleges (and perhaps other schools), legacy applicants have a higher chance of getting in. But it's not 100 percent and not all colleges do it. Many college applications ask if you have a family member who attended college there. Some colleges admit to legacy admissions, some do it and hide it, and others, like MIT, don't do it at all. So don't assume you're guaranteed a spot just because your parents attended college there.

Will you never recover if you don't get accepted into college? Some seem to think so, uttering phrases like, "My life will be over if I don't get in." This simply isn't true (or at least doesn't have to be true).

Let's say you don't get accepted into your top choice but get accepted into your backup choice. Then you go to your backup school or stick around a community or junior college for a year and apply to your top choice next year. If you don't get into any of the colleges you applied for, then you enroll in a local community college and then try again next year.

The point is: You can still get a college degree if you don't get into college the first time around. You can still be successful in college, your career, and in life.

According to a Huffington Post article on college rejection, "The important thing to remember when dealing with rejection is not to give it the power to make you doubt yourself…countless leaders endured a stream of rejections before becoming successful -- and the reason that they were able to find success is that they didn't let failure shake their belief in themselves."

Don't let these misconceptions plague you. You can get into college, with or without your parent's merit. And if you don't the first time around, you may be able to next year. Getting into college is not that much of a mystery. You can get in somewhere with some dedication and persistence. Oh, and good grades never hurt anyone, either.