Three ways to be a strong applicant at competitive schools 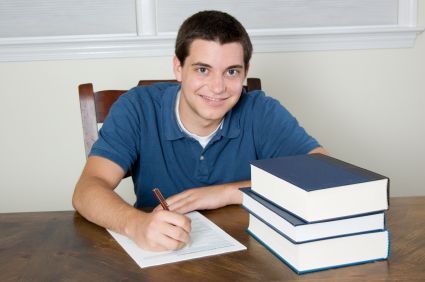 Several competitive American colleges accepted fewer students for the fall 2013 semester than last year. According to The New York Times, seven of the eight Ivy League schools reported lower acceptance rates for fall 2013, with Harvard University only accepting 5.79 percent. And it's not just the Ivy Leagues. Stanford University accepted 5.69 percent of applicants this coming year versus last year's 6.61 percent. The University of Chicago accepted 8.81 percent this year versus 13.24 percent last year. And so on.

Whether schools are just responding to a higher volume of applications or deciding to become more selective, getting accepted into a competitive college may be tougher now than it used to be. Here are three ways to be a strong applicant when applying to competitive colleges.

Being a good applicant for a top school requires a strong start and an even stronger finish.

According to an article in U.S. News & World Report, colleges want to see that you've "focused from the start on getting the best possible education your high school has to offer." Many selective colleges like to see that you've taken calculus (which often requires geometry and pre-calculus first), four years of a foreign language and advanced courses in subjects you excel in. You should take summer school if you didn't receive great grades early on.

Competitive colleges receive several perfect transcripts and test scores from applicants. One way to stand out and put a face to your application is through the application essay.

This could backfire, though, if you don't do it right. But what does doing it right mean? According to a College Board article adapted from "The College Application Essay" by Sarah Myers McGinty, a good college application essay includes a personal story that highlights something that's not covered in the rest of your application. The focus should be narrow, pointing out only one aspect of yourself that you want admissions counselors to know about. Do this in your own voice, avoiding clichés and generalities. McGinty urges to avoid "overly formal or business-like language," as well as unnecessary words. This may require the proofreading of a teacher, tutor or parent.

Remember: When it comes to competitive colleges, if your application looks similar to other applications and nothing else stands out, you might not get accepted. Stand out in this essay.

There's still plenty of debate about how much SAT/ACT scores matter in the college admissions process.

Some colleges don't require SAT or ACT test scores and have never required them, though some counselors still suggest you take the tests when applying to these colleges to stand out as an applicant. According to college admission advice website Peterson's, the SAT and ACT remain important variables in the majority of college applications. "The most selective schools will emphasize your test scores, while many two-year and non-selective schools won't," according to Peterson's.

When a college accepts less than 20 percent of applicants, such as Princeton or Yale University, you need to excel as much as possible in every application component. Otherwise, you won't stand out and might join the huge pile of denials. For this reason, if your goal is to attend one of these competitive schools, you should do well on the SAT/ACT. Whether that requires finding a tutor or retaking the test five times, if you are determined to make it happen, you will.

As The New York Times points out: There are more than 2,000 four-year colleges and universities in America, many of which accept a good percentage of students who apply. If you follow these three tips and still don't get into a competitive school, you don't have to give up on your college search. This advice may make you a better applicant at any college or online school, especially competitive ones.