Home »
Articles »
Tweeting your way to a job: How social media is changing career searches

Tweeting your way to a job: How social media is changing career searches 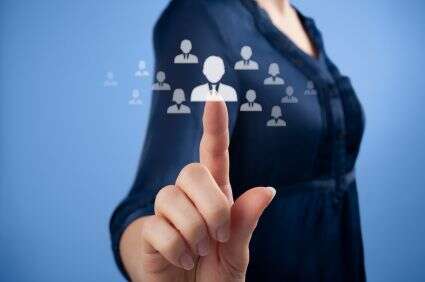 Once upon a time, job searches centered on resumes, cover letters and networking phone calls. Oh, how times have changed.

While it is not quite time to retire the traditional resume yet, today's job seekers may be better off trolling social media sites for leads, rather than spending time brushing up their objective statements. Surveys show that hiring managers and recruiters are increasingly turning to social media sites to find their next superstar employees.

The rise of social media networking

According to one survey, virtually all recruiters are using social media as part of their headhunting efforts. A 2013 trends report issued by Bullhorn, a firm offering staffing and recruiting software and services, found that 98.2 percent of recruiters used social media in 2012.

While almost all the major social media sites are used by some recruiters, not surprisingly, LinkedIn gets the lion's share of attention. In the Bullhorn report, most recruiters reported using LinkedIn, with Facebook at a distant second.

Although Twitter came in third among recruiters, it apparently is the favorite of college-educated job seekers. The Social Job Seeker Survey 2012, issued by recruiting platform Jobvite, found that passive job seekers with a degree tend to prefer Twitter when it comes to advancing their career. Passive job seekers are those who are open to a new job but not actively working toward different employment.

How to use the most popular sites

Social media may be an indispensable research tool for recruiters, but its value can seem like a mystery to many job seekers. Unlike job boards, which offer a straightforward way to find jobs, using social sites may require a little more finesse.

LinkedIn: Created with professionals in mind, LinkedIn can be the easiest site for job seekers to navigate. Users can create a virtual resume and have their skills endorsed by family, friends and colleagues. There are also a variety of industry-based groups, which allow job seekers and professionals to share information and leads.

In addition, LinkedIn offers a job search function that allows individuals to see which of their connections are associated with each employer, offering an easy way to locate network contacts.

Facebook: Facebook has long been considered more of a personal platform, rather than a professional one. However, some employment experts are speculating that the newly introduced Graph Search may make the site more valuable to recruiters and workers alike.

For now, while you can put out the word to family and friends that you are on the market, what may be more important is keeping questionable status updates and photos away from the prying eyes of recruiters. Lock down the privacy settings on your profile and remove any tags on unflattering photos uploaded by your friends. If a recruiter or professional contact asks to "friend" you, consider using Facebook's list feature to ensure that your personal updates and photos remain hidden from work-related contacts.

Twitter: College-educated job seekers might prefer Twitter, because they know it offers a low-pressure way to network with a variety of industry pros. Twitter also offers the opportunity to participate in industry chats and career chats, which can further open up networking opportunities.

Search for prominent names in your field and follow them, as well as the business profiles of those working at potential employers. Retweet and reply as appropriate, but remember that moderation is key. You want to be perceived as a peer, not a fanboy.

There is no doubt networking will continue to be one of the most valuable means to finding a job. A 2013 poll conducted by Right Management, workforce consultants within ManpowerGroup, found that 50 percent of people think they will get their next job through networking. According to Right Management, those people are right, with face-to-face networking contributing to the employment of more than half the firm's job candidates during the past five years.

What might be changing is how job seekers get those network contacts in the future. Rather than hoping a former colleague or family friend can make an introduction, social media may allow individuals to position themselves to make their own connections virtually.

Social media job searches are just the latest step in the modernization of career advancement. Today, you can earn your degree at online schools, research salary data on a number of different websites, and search online job boards. It was only a matter of time before that last offline bastion of the job search -- networking -- joined the 21st Century as well.